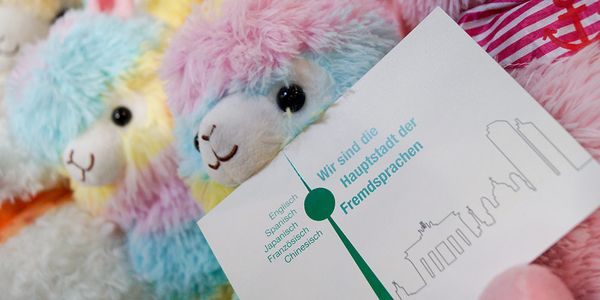 On the 29th of April and the 1st of May DoKomi 2016 took place in Düsseldorf. For the first time, GPB College attended the largest Japanese convention in Germany, together with 31,000 fans.

As garish and colourful as the Cosplayer and the Manga dressed young people presented themselves, as positively and friendly was the atmosphere. Although they arrived in a party mood in Düsseldorf, to meet other likeminded computer game fans, some of them purposefully headed for our educational opportunities on offer.

Further impressions can be gained in our picture gallery.

For many of them Cosplay and Gaming are more than only fashion and leisure pleasures - their affection to Japanese culture also comes with the desire to learn and work with the language.

Those learning Japanese as part of their professional training as Europe Correspondent, Foreign Language Correspondent or Commercial Assistant with foreign languages, are enabled to work in Japan or at Japanese companies in Germany. Particularly in the area of economic cooperation, but also in embassies and in the tourism industry there are good job opportunities.

Those not so talented with languages but who present with creative passion, may be interested in our media careers. Particularly the job of Game Designer with a focus on art is exciting for young people who can draw well, have spatial visualisation skills and know the world of computer games. Those interested in succeeding as Game Designer with a focus on programming, should have a good grasp on mathematics and logical thinking.

To all of you who have now become curious, it's best to call immediately and arrange a time to find out more and get to know our school. We look forward to hearing from you!

You will find more news about the GPB College in the news overview: